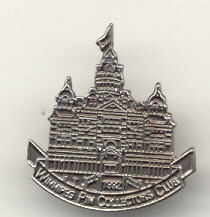 Even as the very first Winnipeg city hall began to crumble, plans for a second City Hall were already taking shape. Completed in 1886, the statuesque “Gingerbread” building complete with all manner of Victorian grandeur, symbolized Winnipeg’s coming of age at the end of the nineteenth century.

Yet it was not long before plans were being made for the construction of another City Hall as Winnipeg experienced exponential growth in the first decade of the twentieth century. Were it not for the onset of World War I, the “Gingerbread” City Hall would likely have been replaced.

Instead, the building stood for another fifty years until its tower began to crumble. Falling plaster narrowly missed injuring City Hall visitors in 1958. In 1961, the tower had to be removed and the whole building was demolished in 1962. Though a product of another time and era, the second City Hall remains an enduring source of great civic pride.