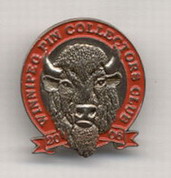 The bison nearly disappeared by 1900.

Bison once roamed the plains in large herds. But by 1900, this animal was almost wiped out.

Bison belong to the ox family. In North America other members of this family are the mountain goat, musk oxen, bighorn sheep and Dall’s sheep. All these animals have split hooves, horns and chew cud.

Buffalo or bison – what’s the difference?

What happened to the bison?

Over 150 years ago millions of bison roamed the Great Plains. They became the symbol of the Old West. The Plains Indians hunted the bison with spears or bows and arrows. They killed only enough to serve their needs. They made use of every part of the bison.

With the arrival of the settlers in the 1800s more bison were killed. Hunters shot great numbers of bison to feed the men who worked on the railroad. After the railroad was built more settlers came and began farming the land. More bison were killed to clear the way for farming. When a few hundred bison remained, national parks were formed in Canada and the United States. The bison were protected and hunting was not allowed.

By the 1920s many other animals had almost disappeared from the plains – grizzly bear, wolf, bighorn sheep, elk and the pronghorn,

Today, the bison number over 50,000, most of which are the Plains Bison. There is a large free-roaming herd in Wood Buffalo National Park (northern Alberta). The Wood Bison remains endangered. There are only two herds of wood bison. One herd is at Elk Island National Park near Edmonton, Alberta. The other herd is at the Mackenzie Bison Sanctuary near Great Slave Lake, NWT. Most of the bison on the prairies are raised on ranches.