Wayne advises he was fortunate to be able to curl in the 2003 competition at Deer Lodge Curling Club. The competition started in 1903 and only takes place every 5 years and alternates between the two countries. In 2008 a contingent of Canadian curlers went to Scotland to compete. It started as a friendly rivalry between Canada and Scotland and is still popular to this day. The competition lasts a whole month. In 2003 the Scottish curlers sent over 14 teams, 7 of them started in Winnipeg and worked their way to the west coast playing games in the major cities for the whole month and 7 teams started in Halifax and worked their way to Toronto playing games the whole month. The wins and losses were kept track off and a trophy was presented to the winning country at the end of the competition. 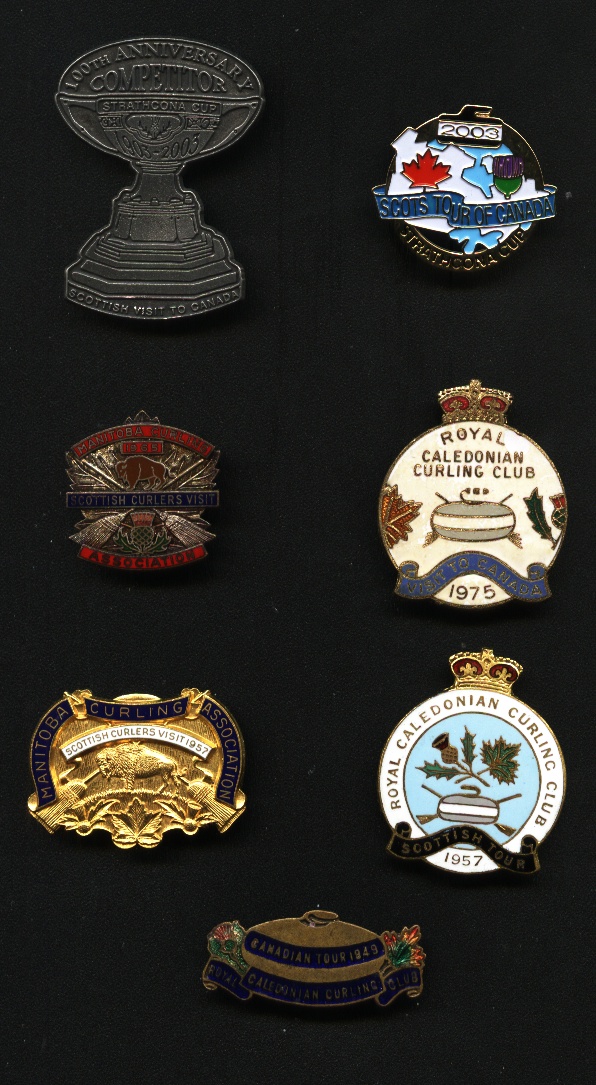 Back to Member Pins